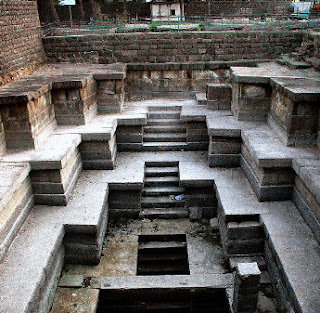 The temple, as the name enunciates, is decorated with thousand pillars. This famous historic monument was built in 1163 A.D. by a Kakatiyan ruler, Rudradev and was named after him as Sri Rudreshwara Swamy Temple. The temple is built in matchless "Trikootalaya" style of Kakatiyas, the presiding deity by and large "Sanctum Sanctorum" is Rudreshwar and the other are dedicated to "Lord Surya" and "Lord Vishnu" the temple is on a satellite plan with the shrines connected to a square Rung Mandap in the centre. A beautifully carved giant "Nandi" as in Lepakshi is seen on the platform connecting the shrines in the mandap. The outside wall of the temple, the celling slabs and the central pillars of the navarangal mandap are decorated with finely carved sculptures of the deities. The sculptures of Indra with Airavata craftsmanship of the Kakatiya Dynasty.

The Thousand Pillars Temple is located in Hanamkonda part of the Warangal City. It is about 6 kms away from, Warangal Railway Station & Bus Station 9 kms away from Kazipet Rly.Junction and is well connected by city bus service.

The Temple is being maintained by Archaeological Survey on India, who have adopted it as of the protected monuments. The temple is in nice condition and there's lawns around the temple. Drinking water facility is also available in the temple and a bore well with motor has recently been provided. 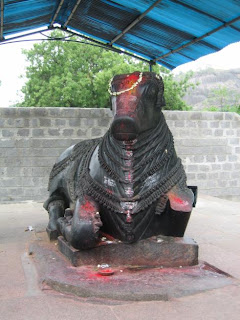 
Sound and Light Show is being introduced soon. The Contract has been finalised with the help of Govt. of India and being executed by M/s Philips India Ltd. The estimated cost is Rs. 80 Lakhs.
Landscaping around the temple is planned and the front elevation will be improved. Negotiations are going on with the local inhabitants to shift to the alternate places.
Road infront of the temple will be made 100 ft wide with lawns on both sides to give stunning frontal appearance.

Air : The nearest airport is at Hyderabad, 157-km away.

Rail : Warangal has a railway station and is well connected by rail to important cities of India.

Road : APSTRC and Private buses connect Warangal with Hyderabad, Vijayawada, Karimnagar, Khammam and some other districts.

Posted by Unknown at Saturday, January 28, 2012 2 comments: Links to this post 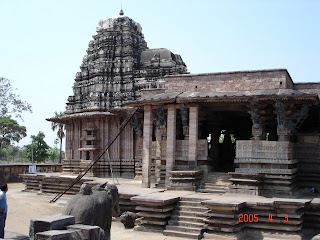 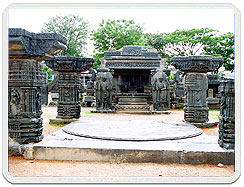 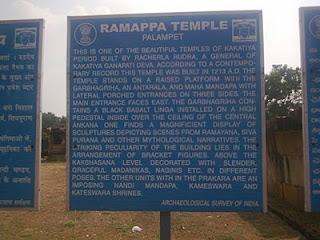 Ramappa Temple also known as the Ramalingeswara temple, is located 77 km from Warangal, the ancient capital of the Kakatiya dynasty, 157 km from Hyderabad in the state of Andhra Pradesh in southern India. It lies in a valley at Palampet village of Venkatapur Mandal, in erstwhile Mulug Taluq of Warangal district, a tiny village long past its days of glory in the 13th and 14th centuries.[1] An inscription in the temple dates it to the year 1213 and said to have been built by a General Recherla Rudra, during the period of the Kakatiya ruler Ganapati Deva.


About The Ramappa Temple 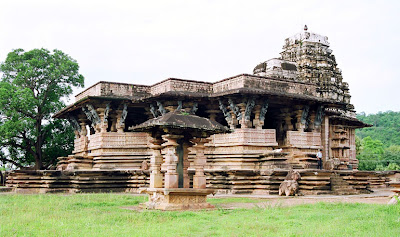 This medieval temple is a Shivalaya (where Shiva is worshipped) and named after the sculptor Ramappa, a Vishwakarma Brahmin Sthapathi of Karnataka State, who built it rather that after its presiding deity, Ramalingeswara, perhaps to accent Shiva's importance as the personal god of the Avatar of Vishnu, Rama. The history says that it took 40 years to build this temple.

This beautiful temple, an example of brilliant Kakatiya dynasty art, Planned and sculpted by Vishwakarma Brahmin Sthapathis[citation needed] was built on the classical pattern of being lifted above the world on a high star-shaped platform. Intricate carvings line the walls and cover the pillars and ceilings. Starting at its base to its wall panels, pillars and ceiling are sculpted figures drawn from Hindu mythology.[2] The roof (garbhalayam) of the temple is built with bricks, which are so light that they are able to float on water.[3]

The hall in front of the sanctum is filled with exquisitely carved pillars that are placed as to combine light and space wonderfully with the finely chiselled walls and ceiling. There are two small Shiva shrines on either side of the main temple that are completely ruined. The enormous Nandi within, facing the shrine of Shiva, remains in good condition. In most of the shiva temples, the Nandi was strait to deity but in the temples built by KAKATIYAS the nandi is in an alert position and waiting for the order of lord shiva. Acharya Nataraja Ramakrishna revived PERINI SHIVATHANDAVAM (Perini Dance), by seeing the sculptures in this temple. The dance poses written in NRITTA RATHNAVALI by JAYAPA SENAANI also appears in these sculptures. The temple built area is 5 acres and a twenty acres of land was developed by the greenery around the temple. A total of 25 km radio us found historic temples in the district.


How To Reach  Ramappa Temple


Exactly Ramappa temple is located in Palampet, which is 11 km far from Mulugu Mondal (50 km off Warangal).

Ramappa Temple, constructed in the architectural style of South India during the Kaktiya rule in the 12th century, is a grand old temple dedicated to Lord Shiva in Palampet not far way from Warangal. This temple is revered very much by the Hindu community and is assumed to be the great contribution of the Kakatiya Kings.

Ramappa Temple, placed in a start shaped platform 6 feet high, has a Shivalingam in the sanctum with a sikhara at the mount. A mandapam with a Nandi Idol of 9 foot high, in ruins now, placed at the entrance and many small shrines are placed around the main temple. The temple walls are decorated with impressive carvings, which display epic stories of Ramayana and Mahabharata. The major festival celebrated here is Shivarathri and which day devotees throng to this temple.
Posted by Unknown at Sunday, January 15, 2012 No comments: Links to this post