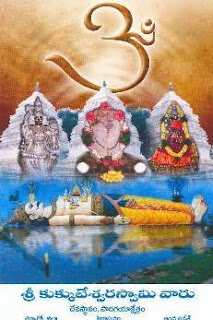 Located 20 Km from Kakinada and 75 Km from Rajahmundry, It is considered to be one of the 18 Shakthipithas in India. It is famous for the temples of Kukkuteshwara Swamy, Kunthimadhava Swamy and Sri Pada Vallabha Anaagha Datha Kshethram, Agraharam, Sri Venu Gopala Swamy Temple.

Once you enter into the temple, complete the pradishana and come in front of Dwaja Stamba you will be attracted by the �Yaka Sila Nandi (Single Stone Nandi). The Yaka Sila is second biggest after Lepakshi Basaveswara Nandai.

Pithapuram is equalent to Kasi:

According to �Bhimeswara Purana� of Srinath kavi Sarvabhuma, Pithapuram is one of the twelve pilgrims (Dwadasa Punya Keshatras). The sage told that Pithapuram is equalent to Kasi and also known as Southern Kasi (Dakshina Kasi).

2nd is � Nabi Gaya near to Jijapur Railway Junction, located in Orrisa State

Husband and spouse for just weeks, Kim Kardashian and Kris Humphries have been currently sounding like an previous married couple.
"How am I going to have my profession and reside in Minnesota?" Kardashian gripes to Humphries in the scene from a preview clip of her E! demonstrate Kourtney and Kim Consider Big apple.
"Baby," Humphries snaps back, "by some time you may have young people and they are in school, nobody will care about you." . bernie madoff