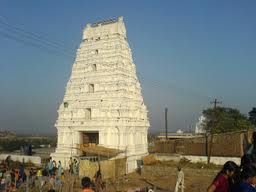 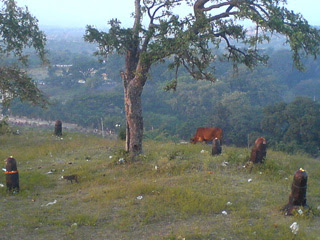 Keesaragutta is a hillock at the village of keesara in rangareddy district it is famous for ramalingeswara temple and has a lingam installed by lord hanuman.  In ancient times the village ‘Keesara’ was known by the name Gatika. Gatika was a famous educational institution in the 3rd century AD. Several ruined shrines exhibiting the Gupta style of architecture were excavated from this area, which can be dated back to the 5th century AD. The temple was renovated recently.

Since Ramalingeshwara Swamy Temple is situated atop a hill (gutta), it is called as Keesara Gutta Temple. According to legend, the main deity at Ramalingeshwara Swamy Temple was consecrated by Lord Rama and Goddess Sita in Tretayuga, as per the advice of the sages and saints of Gatika, to wash away the sin of Brahma Hatya that occurred due to the assassination of Ravanasura (Ravana).

The linga of the presiding deity of Keesara Gutta Temple, Lord Ramalingeshwara, is believed to be the manifestation of Lord Shiva himself. There are 101 lingas of varying heights within the temple complex, which are believed to be installed by Lord Hanuman.

As per folklore, one who prays these 101 Shivalingas would get blessings of all 330 million gods. There is also a large statue of Lord Hanuman nearby Keesara Gutta Temple. The temple is visited by pilgrims during the auspicious days of Karthik and Magh months.

There is a museum nearby Keesara Ramalingeshwara Swamy Temple, where various articles excavated from the region is exhibited. The festivals conducted at Keesara Gutta Temple are Maha Shivaratri, Shiva Kalyanam, Sri Ramanavami, Hanuman Jayanthi and Ramalingeshwara Brahmotsavam. 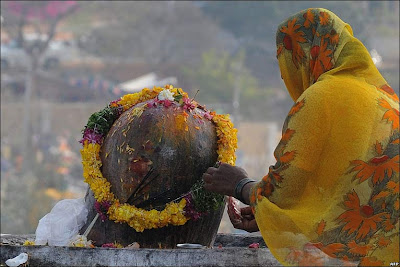 Important temples and mutts located in andhra pradesh besides the main temple, maheshwaram has two fortresses shiva ganga and vishnu ganga, keesaragutta (where rocks speak of divinity) distance from hyd : 35 kms. Keesaragutta in india -  visit to keesara on sivarathri day rama lingeswara swamy: the temple is in keesara mandal which is about 25 kms from secunderabad. Ramalingeshwara swamy temple kartheeka masam abishekam will be done at kessara gutta temple.

.The Haritha Hotel in Keesaragutta consists of 1 A/C suite room at Rs 1700 per head, 11 A/C room priced at Rs 1400 per head, 3 non A/C rooms per head and 1 dormitory at Rs 1000 per head. These rooms blessed with all the necessary faculties can be booked through an online booking .
Besides offering accommodation at APTDC hotels, there are also good numbers of Hotels in Keesaragutta available at best price tags.


. Keesaragutta temple shiva temple keesaragutta once in a while to see the buity of the hindu.
Posted by Unknown at Sunday, December 18, 2011