This is one of the great lord vinayaka temple in konaseema. 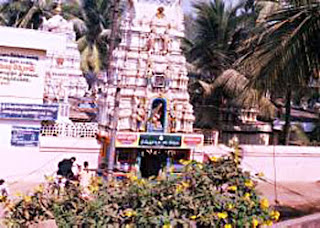 Ainavilli is located at a distance of 72 Km from Kakinada (Via Yanam, Amalapuram and Mukteswaram), 55 Km from Rajahmundry (Via Ravulapalem, Kotapeta and Vanapalli) and 14 Kms from Amalapuram (Mukteswaram).According to Vaastu Sastra the most suitable places to build temples are, on the bank of a river, near the sea - hore, at the confluence of rivers, on top of a mountain or near places of sanctity. 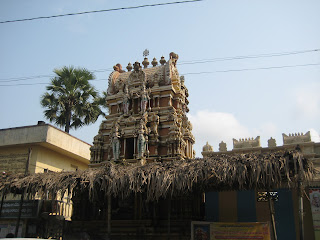 In the midst of the lush - green fields of the River Godavari the Konaseema area reminds one of the sanctity and sacred feeling described in the Vaastu Sastra. In this area of Konaseema is AINAVILLI, where the "SIDDI VINAYAKA TEMPLE" is situated. Before performing Daksha Yagna Daksha Prajapati was supposed to have performed puja of Vinayaka at this place for its successful completion. This is written in the "KSHETRA PURANA" of this place.

There is another story that Vyasa Maharshi, during the beginning of his tour of the South, had installed the Son of Parvati at this place and this age - old "SIDDI VINAYAKA" is reputed to fulfill the wishes of his devotees.

In a spacious, elevated area, this temple of Vinayaka stands with idol facing South. With two gopurams and gates, one can approach Vinayaka from the south and Sri Visveswara Swamy from the East.

According to Saivagama, every day archanas are performed. Abhisheka is done regularly according to sastra. Thousands of people from far - off places throng the temple to worship Siddi Vinayaka, who fulfills the wishes of his devotees quickly, directly. Devotees worship at the shrine of Ganapathi, placed in the midst of coconut gardens, the green fields and natural surroundings. Devotees take a vow to visit the temple to get their wishes fulfilled it is the belief and practice of the people of this area to make a promise in the name of this God. It is the belief of our people that this very ancient temple was installed by early "DEVATAS". In course of time the re - establishment, renovation and development was undertaken by Peddapuram rulers. At present the temple is maintained by the Endowment Department